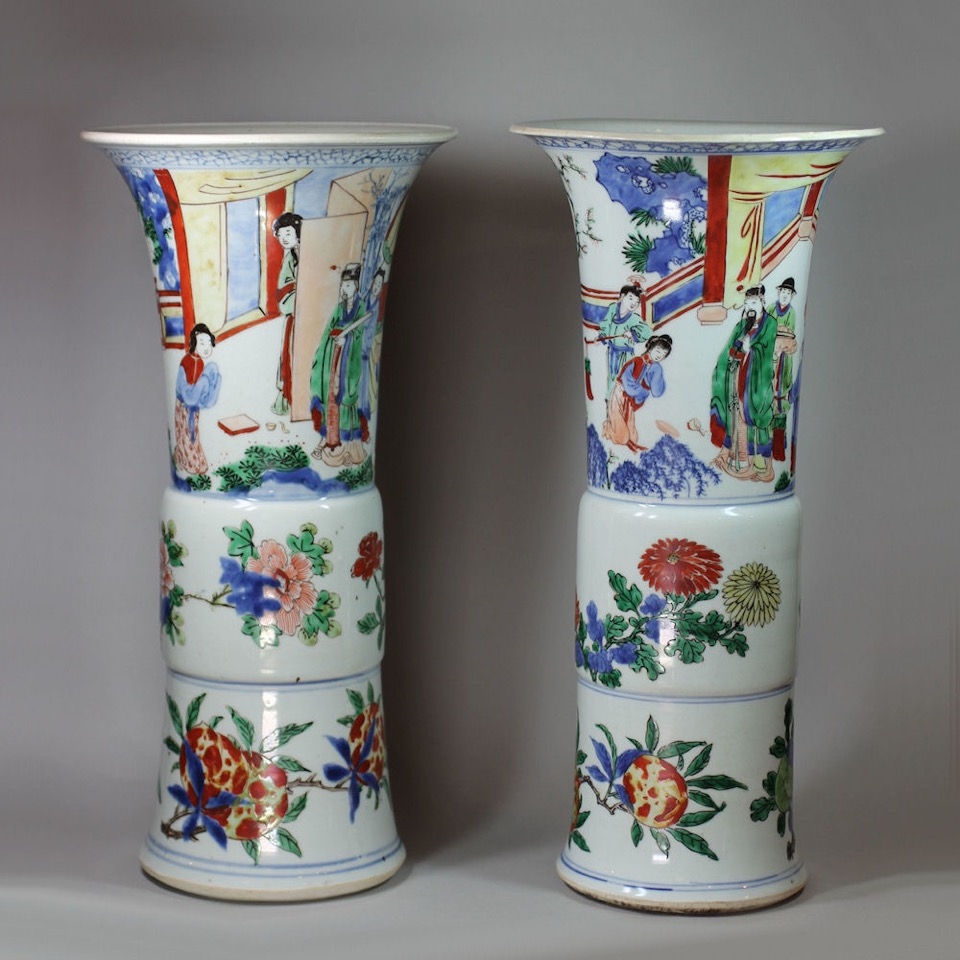 The two Chinese vases are both multi-coloured all round decorated in three layers; on the underside several branches with peaches and pomegranates, in the middle a band with flowering branches of chrysanthemums and peonies. On the flared upper side, a scene of various people on a terrace surrounded by a rock garden with bamboo branches.

The fact that there has been an interaction between these Chinese vases and the Delft blue vases can be assumed,  given the uniformity and decorations.

The two blue and white vases are marked on the underside with “PK” and most probably made by Pieter Gerritsz Kam, who was the owner of the Delft plate bakery “De Drie Porseleyne Astonnen” around 1700.

The two lower bands are similarly decorated with various flower branches of prunus, chrysanthemum, peach and pomegranate. The upper band is a variation on the Chinese specimens by taking over only the rocks and the flower branches.